Day 17: We awoke in our hotel room to the sound of the cleaner’s vacuum outside of our door. For our last morning in Vietnam it was almost a fitting way to be roused from slumber; an abrasive yet not out of place sound in incredibly hectic country.

Breakfast soon followed and then came the game of who carries what in which bag. I’m an incredibly light traveller. To put this into perspective my backpack and small travel bag weighed a combined 7.1kg when we left Melbourne 17 days ago. Carly’s suitcase failed early in the trip and she had been lugging around a sizable sports bag ever since.

At 10:00 the hotel reception called and told us our driver had arrived to take us to Han Oi airport for our first leg to Kuala Lumpur. We had an hour to kill before boarding and 200’000 dong to spend in the airport. So we enjoyed a coffee and a few snacks and were soon on our first flight back to home.

The flight to Kuala Lumpur went off without a hitch thanks to Angry Birds Star Wars and The Hungover Part 3. Fun fact: Malaysian Airways heavily censored the film. 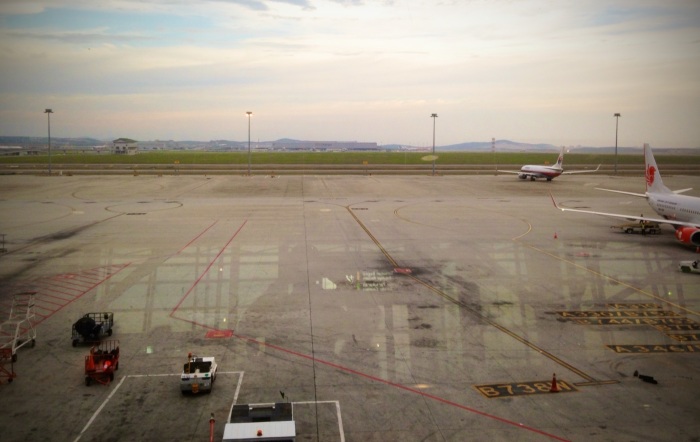 With a 4 hour layover I tucked into a Whopper from Burger King while Carly watched on in disgust. But soon I was following her around different Duty Free Shops; awesome! We sat and had a coffee and tea before heading through security to our gate for boarding the plane to home.

I spent the rest of Day 17 watching Iron Man 3, John Carter and listening to music.

Day 18: The remainder of the flight was uneventful until we landed in Melbourne. Thanks to a sick passenger we were quarantined on the tarmac until AQIS cleared us and then we boarded a bus in the rain for the long drive to the terminal. Melbourne airport and I have had a love/hate relationship for a number of years; Fun Fact: EVERY time I have flown to Melbourne for work my baggage has been delayed and had to be delivered to where I was staying.

So after 10 minutes in a smelly bus we stopped next to the rubbish bin area of the international terminal and disembarked to clear immigration and customs. This was relatively pain free and as we pushed our way through the crowd outside the arrivals gate our Asian Holiday came to an end. 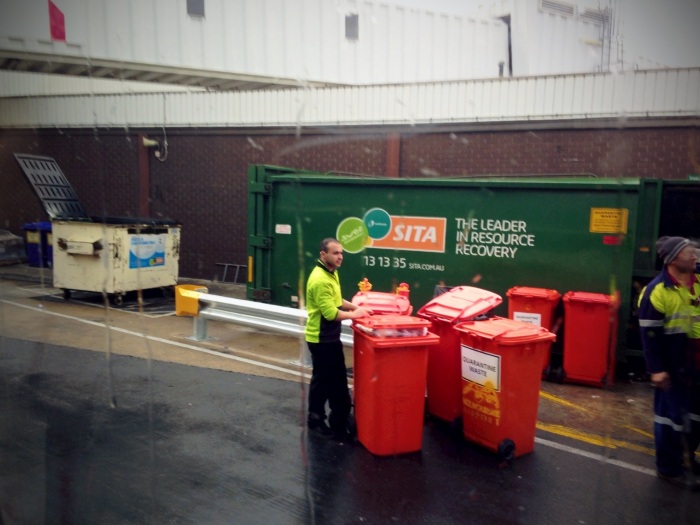 We both thoroughly enjoyed our short trip to Cambodia and Vietnam; but with all good things it has come to an end. It is now time for the inevitable trip back to Canberra and to resume the working life again.