After the aborted Mont 24 Hour from April this year, it was good to finally head out to Kowen Forest knowing the race was going to happen this time.

That being said, I’m not a huge fan of team racing.  Sure it is fun and you get to race against other teams as well as try to out-ride your team mates; but there’s just something about it that irks me.  I’m a solo person and enjoy riding by and for myself.  Yes I race, and yes I ride with groups often, but racing with a team is just not my cup of tea.

However, for the Mont 24 Hour 2014, I put aside my prejudices and put a team together that would ride and fund-raise for Soldier On.  Our MK 1 team had a rider change when our ethnic rider Gian was swapped out for Man Mountain and fan of hair removal products, Colin.  So after many months of waiting, our team of vagabond riders assembled at Kowen Forest for some mountain biking and flag waving for Soldier On.

Like all good plans, this one had a few hiccups.  Firstly, logistics meant John and I had to set up on the Friday while Chris and Colin travelled from Melbourne.  Secondly, Chris was struck by a severe bout of diarrhoea that would cause problems for him throughout the weekend.

So the time came when our first rider had to line up with the other several hundred riders for the rolling start.  As it was John’s first race/event he got the honour to start the race for out team.

In a rush of bikes, people and dust, John took off into Kowen Forest and started the race for our team.  I had typed up a lap/timing spreadsheet and the next rider up was supposed to be Chris.  With his dodgy stomach I geared up and head up to transition to wait for John to return.  It was hot, stupidly hot and after John tagged me, I pedaled off for my first lap of the race.

After me was big Col, followed by Chris who was on a one way trip to struggle town.  I mentioned before that it was hot.  Well it was really hot and then it rained and it got hotter.  This was during Chris’ lap in which he had to stop a few times for a cheeky spew track-side.  After he tagged John out for his second lap it was very obvious Chris was not going to be riding again until at least tomorrow morning.

My second lap started after 18:00 which was the mandatory time for lights to be fitted on the bikes.  I rolled out with my bar light and battery attached but they weren’t needed.  I made it back in time to watch the sunset over Kowen Forest; which meant Col got the first night lap of the team in.

I like riding at night, but my two day laps took a lot out of me.  I came into this race with maybe three or four short rides under my belt since the Scott 24 Hour 3 weeks earlier, and I was quick to fatigue.  My first lap saw my heart rate average 190bpm, which is not awesome even when I usually have a high heart rate as it is (80 resting/185 max).

We were all hurting, and with Chris out for the night we made the decision to take a break after Col’s night lap and start fresh in the morning. 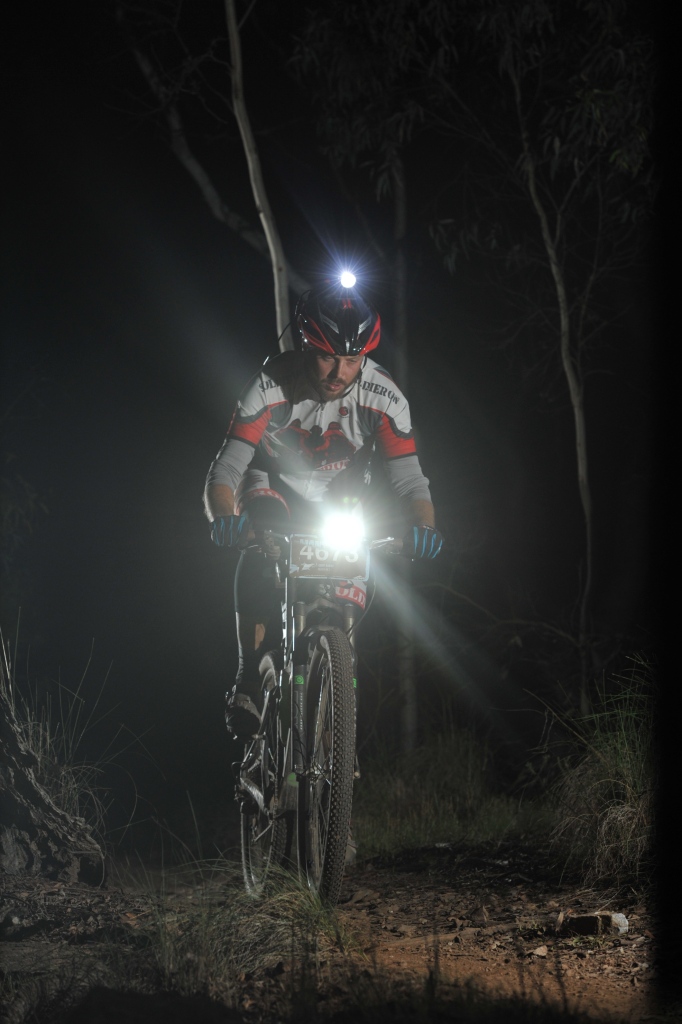 When morning broke I was woken up by John’s incessant coughing which signalled he’d be back on the track very soon.  By the time I got dressed and exited my tent, John was heading down to the transition to start us up again.

A little over an hour later I got back on track for my forth (and final) lap, and it was hot once again.  My mind wanted to ride fast, but my legs said “no” and my gooch said “get out of the bloody saddle!”.

After a fun ride in which we all started to feel the aches and pains of not enough training, we cut the race short by a lap and started the arduous task of packing up and heading home

Even with a few spanners thrown into the works, it was an enjoyable weekend on and off the bike.

A huge thank you to Soldier On for providing the entry for the team, Col, Chris and John for riding and everyone that donated to the team’s fundraiser. 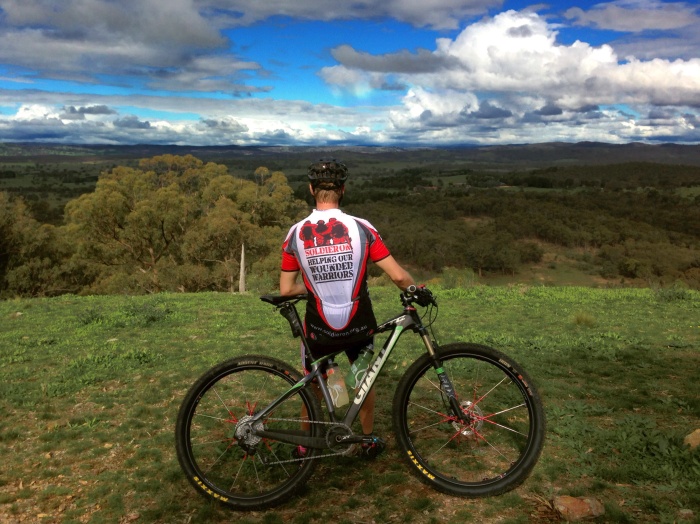 While the decisions of the race organisers won’t satisfy all riders; Self Propelled Enterprises have announced what will happen now following the cancellation of The Mont 24 Hour for 2014.

Our team for this event was sponsored by and paid for by SOLDIER ON, in return for their generosity, we engaged in a campaign to raise funds and awareness for this great cause.

It was incredibly disappointing to hear that the race had been cancelled mere hours before our Melbourne racer, Chris, was due to arrive in Canberra.  Numerous supporters donated money to SOLDIER ON through our fundraising page and we all thank you for your kind support.

Unfortunately we never got the chance to put our tyres on the Kowen Forest trails.  For me this was going to be a very special race.  I was going to race under the SOLDIER ON banner with three great mates who I’ve shared a lot with over the years.  To be honest not being able to share a weekend of bikes, sleep deprivation and junk food with these guys is heartbreaking!

To Chris, John and Gian: I’m sorry we didn’t get to ride as a team; but hopefully we’ll get another chance next year.

To SOLDIER ON: Thank you for the opportunity to represent SOLDIER ON once again – Anna thank you for your never-ending (hopefully) patience with me!

To the race organisers: Thank you for your efforts and chin up guys!

To all our supporters: Thank you!