The Call of the Beast was my final Soldier On fundraising event for the year.  After 7 months of intense fundraising and raising awareness for Soldier On it was a relief to just be able to go into an event without any pressure.

Each time I got on a bike wearing my Soldier On jersey it was an opportunity for me to help raise the profile of Soldier On in the ACT, NSW, QLD and VIC.  As of 1 December 2013 I have ridden 5’169km while wearing my jersey and look forward to many more kilometres training in racing in it and the new design jersey and knicks combo that will be available very soon.

I was “asked” if I wanted to enter the Call of the Beast just prior to my Wedding in September.  Dan and Luke from Beast-Worx were keen to get me out for their new obstacle course race and I was extremely happy to take up their offer.

I will be quite upfront and state that apart from my normal riding routine I did absolutely no training for this event.  It’s no secret that due to long-term injuries I don’t run.  It’s not that I don’t like running it’s just that a combination of torn muscles, torn tendons and ligaments, dislocations, fractures and osteoarthritis means my dream (not entirely accurate) of running a marathon will never be realised.

So I kept riding and figured I would just cuff it on the day.  My preparation was quite similar to that of a mountain bike race.  Clothes for the event, hydration and nutrition organised, GPS and heart-rate monitor ready and clean clothes for after the race.  Once this was all packed in the back of the car I headed out to Caloola Farm to look at the course that had been set up for the 1200-odd participants.

When I arrived at the event centre I registered, donned my participant wrist band and headed off to watch the Last Beast Standing racers attacking the course.  Round 1 of the elite race was drawing to a close and these athletes had 4 more rounds ahead of them.  Watching these men and women smash down food and water before heading back out again was awe inspiring and made me quite content with the knowledge that I was doing the Fun Beast.

I set up my little spot near the Soldier On stand and chatted with Tony, Anna and Dion for most of the morning.  Volunteer Andy K seemed to be very excited about carrying a loudspeaker and I was dreading having to run up to his checkpoint later in my race.

As the start time for the first wave of the Fun Beast was getting closer, I got changed into my running gear: shorts, Skins shirt, Soldier On shirt, 2XU calf compression socks, water-suitable hiking shoes and my Garmin Forerunner.  I looked the part and headed down to the start line.  I watched as Beast-Worx Dan let the first wave go and then headed down to say hello before lining up with the the second wave.

Adam ‘Rocket’ Rolls, my Scott 25 Hour team-mate, was running in a team and as usual he was focused and ready to run.  The wave started and I slowly jogged off towards the first few obstacles.  I wasn’t taking this event seriously but can honestly say, even with my injury-induced limitations I was making pretty good time through the first part of the course.

The obstacles weren’t very difficult and I was able to scale, crawl through, jump over, roll under, climb up, balance on and run over everything without any assistance.  It was however extremely simple to spot the people with military experience.  Firstly there was the obvious technique in getting through the obstacles and secondly we were the few that stayed on top off walls lifting people up, pulled cargo nets tight, gave boosts, steadied people’s balance and more often than not gave advice on how to do things safely.

.:Waiting to scale the first wall (Photo by Canberra Times):.

The obstacles were spread out with a fair bit of running in between.  This was always advertised as an adventure race and not designed as a Tough Mudder knock-off like many of the new obstacle races.  Like the Battle of the Beasts this event’s main aim was to raise money for Soldier On; and with only two permanent staff and an army of volunteers it is commendable that a first time event was so amazing, challenging and fun.

By the time the 11km Fun Beast was over I had run 12.9km in 2hours 22mins.  Not the fastest time but a very fun event that I would definitely do again. 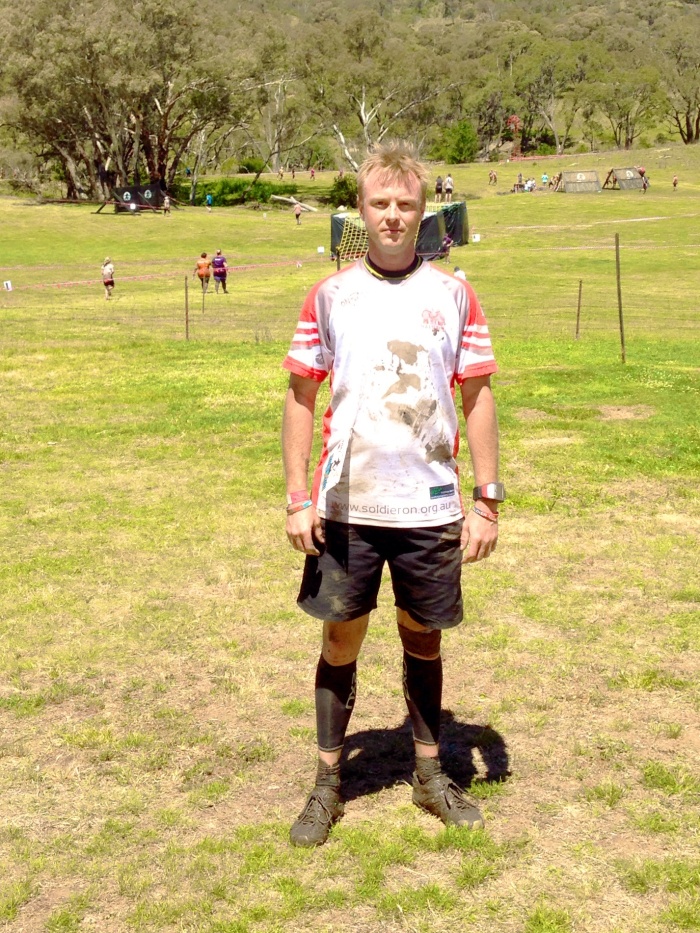 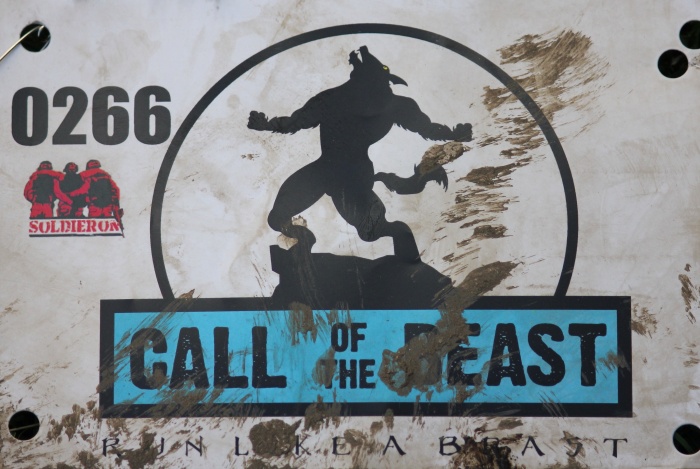 .:As usual I kept my race plate (a sly reference to my Army days with the number):.

At the end of two big events I had raised $5’790 for Soldier On.  Thank you to everyone that donated and supported me through-out these past several months. 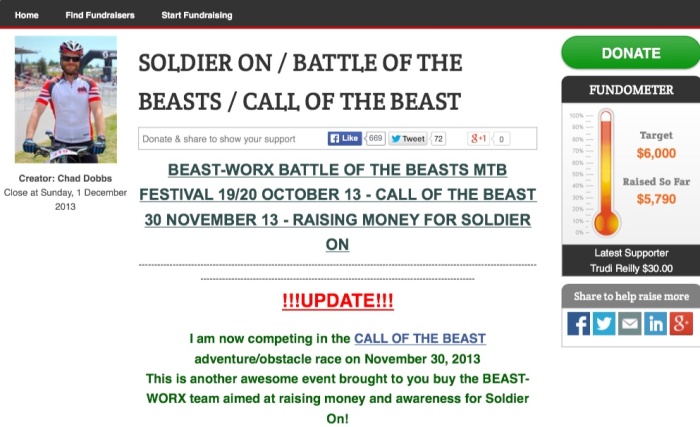